Did you know that the Costa del Sol was also called the Costa del Golf? Discover where to play and the most exclusive golf resorts of the South.

Among the more than 70 golf courses in the area, there are some private courses exclusively for its members and others in which any golfer with a handicap certificate can enjoy this sport.

And if you do not have a handicap certificate; but would like to learn how to play golf we can organize a clinic. Visit one of our golf paradises  during your next incentive trip. Start bonding with a breakfast at the club house followed by a practice session including driving, long shots, short game, chipping and putting, Put your newly acquired skills to the test in a golf competition. Who will be your winning team? After the funny competition, relax and enjoy lunch at the golf club. We can assure you; you will have a lot of fun and your team will reminisce a fantastic day.

Let us introduce you some of the most prestigious commercial courses in the area: 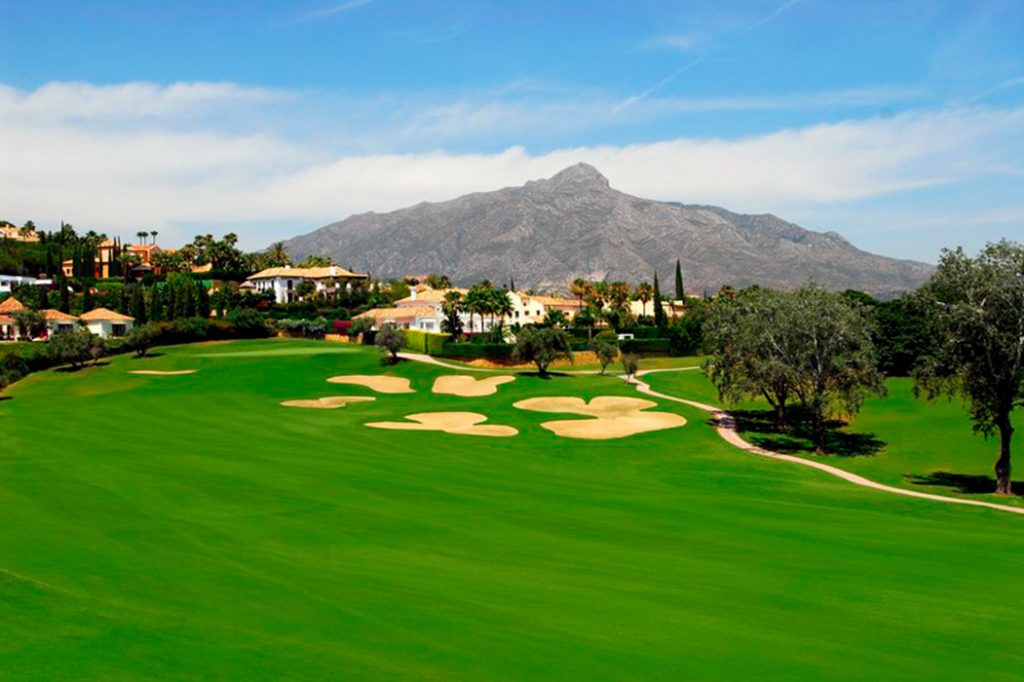 The golf club Los Naranjos is definitely one of the best! The course is designed by Robert Trent Jones. The 18-hole golf course has a varied offer from wide fairways to strategically located water obstacles. A small river creating a pleasant atmosphere and an orange orchard forms a composition of beautiful surroundings. The golf course owes much of its fame to the various international golf competitions and events that took place here.  Furthermore, the course is one of the best courses in Spain and is suitable for both the golf fan and the professional.

Guadalmina South is the second oldest golf course on the Costa del Sol and was opened in 1959. It has an 18-hole course and is characterized by the small roads that meander between the shade of the trees and the views of the Mediterranean Sea. The golf course was renovated in 2002.

Guadalmina North was designed by Folco Nardi and opened in 1972. It is claimed to be less complex than Guadalmina south. It has a hillier landscape with more trees and more water obstacles. 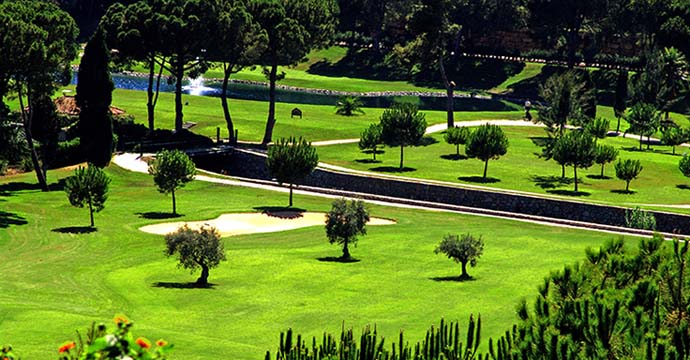 The golf club Rio Real was designed by Javier Arana, a designer who was considered as a Spanish legend. The golf course was built just 5 minutes from the city center in one of the most privileged areas of Marbella. The site owes its name to the river Rio Real that flows along the course. The design consists of a spectacular 18-hole, par 72 with a length of more than 6,000 meters.

The different types of plants that enrich the course and the beautiful view of the surroundings ensure pure enjoyment while playing golf. Thanks to the variety of the course, it is appropriate for all types of players.

La Quinta golf club is one of the most attractive in the area. It was designed by the triple world champion and Ryder Cup champion, Manuel Piñero. With a course of 27 holes, it makes a part of the luxury Westinresort. The course meets the needs of golf fans and professionals alike. Quality of service is one of the top priorities. With the various top restaurants present in the resort, it is possible to have a bite to eat or a drink. The combination of the 3 courses and the beautiful views of the mountains and the Mediterranean Sea, provides a top golfing experience. This golf course is appropriate for every type of player. 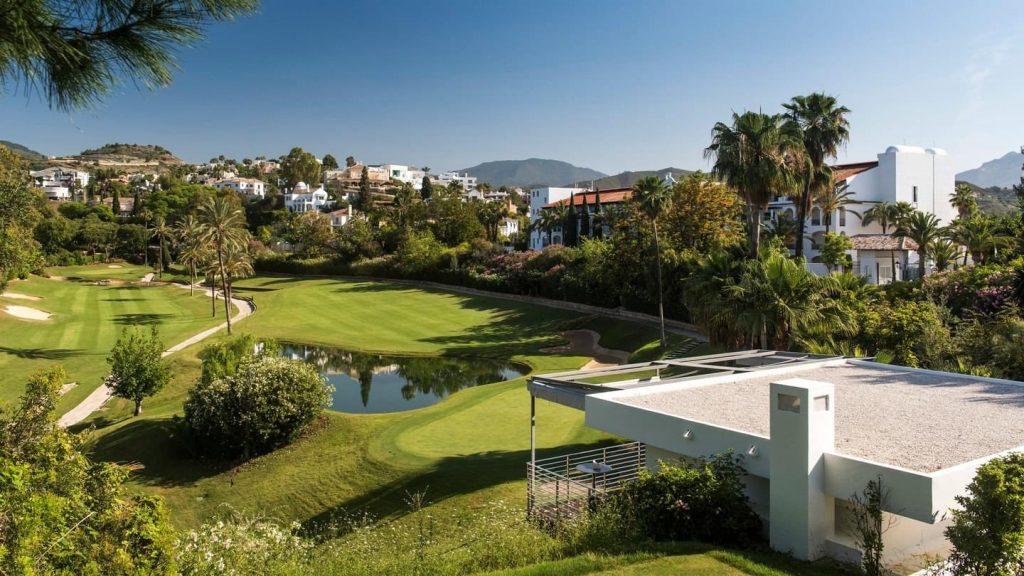 Marbella Golf and Country Club is located in the heart of the Costa del Sol, 5 minutes from the city centre. This course was also designed by the legendary Robert Trent Jones in a perfectly tended green area, within a residential zone. On the golf course you can enjoy 18 pas-72 holes. The green hills and olive grove provide a beautiful setting and a beautiful view with the Mediterranean Sea in the background.

Furthermore, the club offers an elegant restaurant, meeting rooms and a superior golf shop with the best collections of the most prestigious brands.

We end this blog with 2 very exclusive golf clubs on the Costa del Sol. One of them is Golf Valderrama.

Golf Valderrama is a private golf club with a home base of an 18-hole golf course, also designed by Robert Trent Jones. It has been renovated continuously since its construction. In 2017 the Ryder Cup was held here with the absolute world top playing on the course for two weekends.

The complex course requires maximum concentration during each swing.  Speaking of a unique experience … 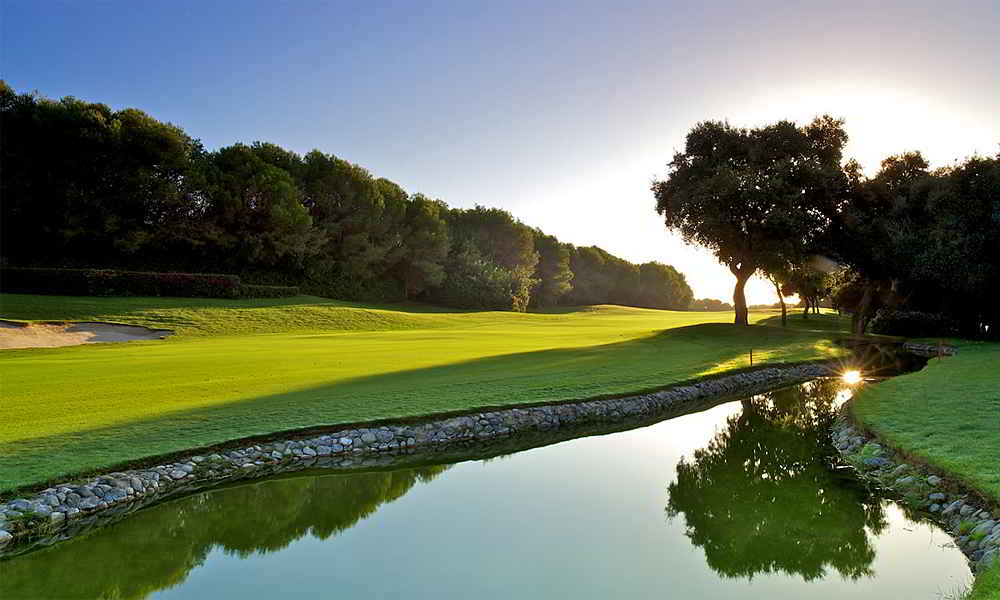 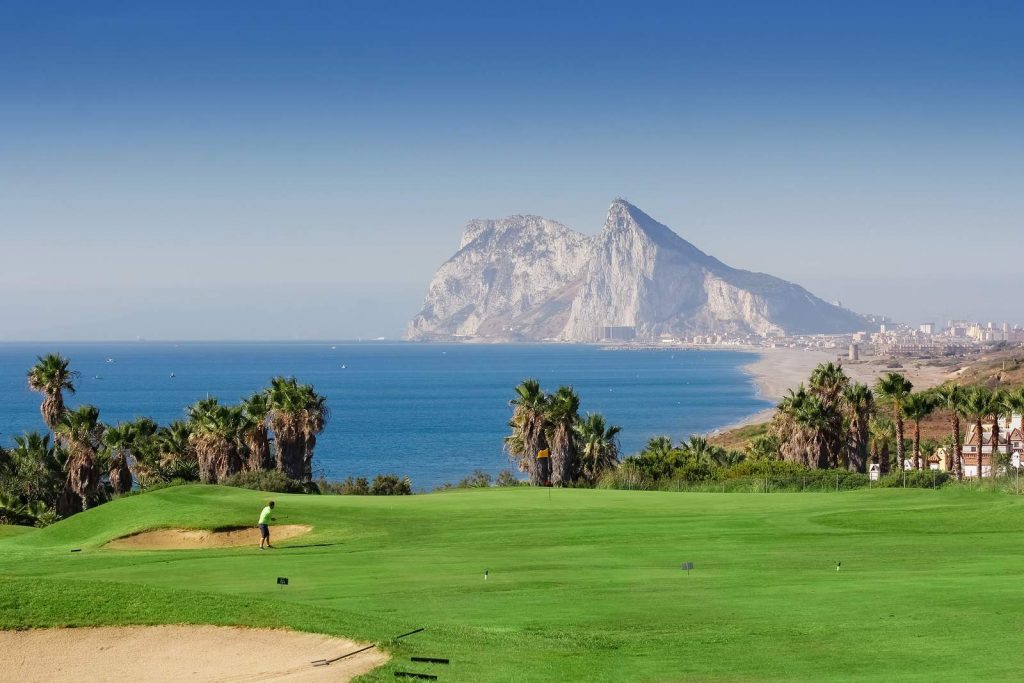 We are proud to introduce you Alcaidesa Links golf cours, the only Links golf course in Southern Europe with 18 holes par 72. It was designed by Peter Alliss and Clive Clark and opened in 1992. The golf course has a total length of 5,866 meters and is formed by gentle hills that descend towards the sea ending in a lovely beach. The difficulty of the course lies mainly in the effect of the dominant winds in the area. One of the special aspects that the visitor is impressed by most, is the spectacular view of the Mediterranean, Gibraltar and Africa.

Alcaidesa Links appeared in 2011 in the prestigious Golf World magazine and was included in the top 20 Links golf courses on the European continent. In addition, numerous golf competitions were organized, such as 2 PGA de Andalucia in 1993 and 1994, 1 PGA de España in 1995, the Ryder Cup Junior Match USA vs Europe in 1997.